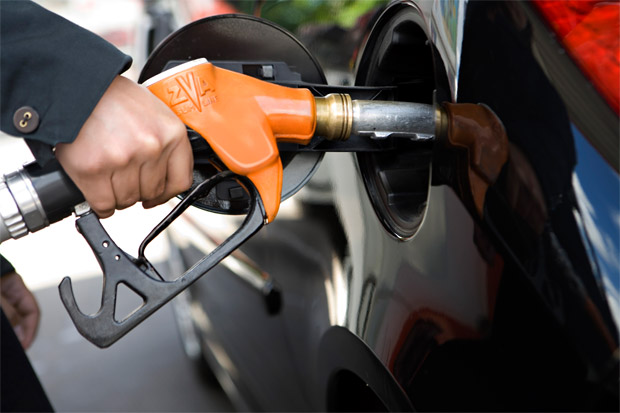 Five things you need to know about… fuel duty

1. The origins
You can trawl back as far as 1909, and the introduction of the original petrol duty, if you want to discover the lineage of the tax we know and pay today. But, really, the system as it is now was created by the Conservative Chancellor Norman Lamont in 1993. In his Budget of that year, he announced a 10 per cent increase in road fuel duties, and introduced the “road fuel escalator” by which the levy would be raised by a specified percentage – originally, 3 per cent – above inflation each year. Lamont sold the policy by citing the previous year’s abolition of car tax, claiming that “the overall impact will be to shift the tax burden from car buyers to car users.” He also said that it would “help both the environment and the industry.”

2. The only way is up…
When Lamont introduced his escalator, the two main rates of fuel duty, for petrol and diesel, were 25.76 pence a litre and 25.14 pence a litre, respectively. They now both stand at 57.95 ppl. As the graph below – taken from this Parliamentary report – shows, the upwards trend has been more or less constant, excepting a few flat periods and slight cuts in 2001 and 2011:

The revenue raised for the Exchequer from fuel duty has also risen, from roughly £12 billion to roughly £27 billion, between 1993 and now.

3. …or is it?
The problem with the graph above is that it doesn’t account for inflation – which is to say, the cost of things and how much your money’s worth. As soon as you do that, the picture looks very different:

Fuel duty rose in real terms every year between 1993 and 2000. That’s what Lamont’s fuel duty escalator was all about: increasing the levy over and above the main rate of inflation. And then the New Labour government carried it on.

But then came the year 2000, one marked by deep unhappiness – even protests – about the cost of fuel. In response, the then Chancellor Gordon Brown announced that the escalator would be withdrawn: fuel duty wouldn’t increase automatically above inflation. Instead, a decision would be taken each Budget whether duty rates should be frozen, cut or raised. Brown often went with the former.

This is an approach that the current Chancellor, George Osborne, has maintained. He actually inherited a fuel duty escalator, as Labour reintroduced one – by which duty would rise at a rate of 1 per cent a year, above inflation – in 2009. But its increases have been held back to accommodate a 1 pence cut in the main rate of fuel duty and, more recently, the prospect of a freeze until 2015.

4. Even so, tax is still a large part of petrol prices
Despite the efforts of successive Chancellors to restrict fuel duty increases, it has to be said: this tax really does account for a large portion of what you pay at the pumps. Using the latest available average prices, fuel duty makes up 44 per cent of the cost of petrol, and 42 per cent of the cost of diesel. If we chuck in the other levies that apply to fuel, such as VAT, then tax accounts for closer to 60 per cent of pump prices, one of the highest levels in the European Union. Thanks mainly to fluctuations in oil prices, this is considerably less than the high of 85 per cent achieved in 1999, but it still puts recent duty cuts and freezes into an unflattering context. The truth is that, outside of massive tax cuts, the only thing that’s likely to significantly lower fuel prices is a slump in oil prices.

5. What next?
Osborne has already said that he’d like to freeze fuel duty until 2015 – but, with an election approaching, he and other politicians are unlikely to stop there. Will they promise to significantly cut fuel duty? That’s unlikely, given how much money our debt-bound Government requires at the moment. But they could extend the freeze, or introduce a range of exemptions for particular drivers. In fact, exemptions have long been a part of fuel taxation. Aviators don’t have to pay tax on the fuel they use. Farmers get to use “red diesel”, which is taxed at a much lower rate. And this Government has moved to cut fuel duty for the residents of particular rural areas, on the grounds that those people lack extensive public transport links. But there are always new possibilities. The Liberal Democrat MP Tim Farron, in particular, has been calling for more rural areas to be included in the Government’s plans. And smaller garages are currently lobbying the Government for changes in how the duty is paid. Whether anything will come of it, keep an eye on this week’s Autumn Statement.