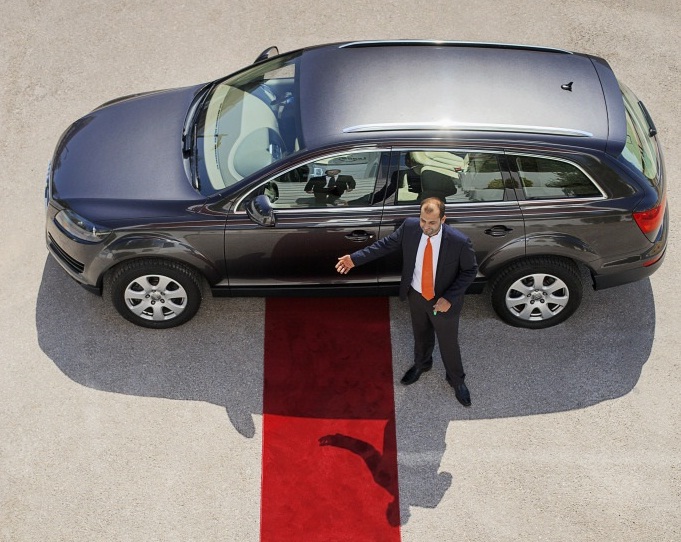 America is the land where anyone born there can grow up to be President. Or failing that, to be someone who tries to kill the President, as Stephen Sondheim’s marvellously cynical musical Assassins pointed out.

Naturally, the US authorities take a dim view of ambitions like that, and extensive resources are devoted to protecting the President – the Secret Service has more than 6,500 employees and, although it has other responsibilities besides guarding the person they call POTUS, has to investigate thousands of threats to his life each year. One example of their safeguards is the Presidential limousine, the defences of which are so extensive that some of them are highly classified.

According to recent reports, the next president, whoever he or she may be, will be getting a brand new limo.

It will replace “The Beast”, the Secret Service nickname for the current armoured car, a Cadillac which was introduced for Barack Obama’s inauguration in 2009. As with the current model, contractors bidding for the work of building in the new armour will have to pass security clearance before they even know what they will be working on.

The good news is that if you don’t get to be the next President, but think you might need to avoid fire from an assault rifle, there are still options open to you. While you may think of armour as something as outdated as the Wars of the Roses, or as outlandish and fantastic as Game of Thrones, there is a highly futuristic industry devoted to the development of ever more high-tech versions of the stuff Jamie Lannister clanks around in.

Many of the leading luxury car brands offer models with high security versions. Most are fitted out by independent specialists, but Audi, BMW and Mercedes-Benz all offer armoured vehicles produced by their own divisions.

BMW, for example, offers three levels of security. The first offers glass laminates and armouring which will, it claims, protect you from street crime, including attacks by blunt weapons and shots from handguns, up to the level of a .44 Magnum.

The security plus level is intended to ward off assaults by automatic weapons, including the world’s most widely used automatic weapon, the AK-47, while the most comprehensive modifications, on the BMW 7 series, are designed to protect against heavy-calibre ammunition and explosives.

All this protection, which pays special attention to the most vulnerable points of the vehicles, such as the joins in the metal plates, is no doubt reassuring. But the point of a car is that it can move, and you will probably be even keener to move than usual if someone is busy shooting at you.

So the cars also come with run-flat tyres and the company offers a useful and, one imagines, highly lucrative sideline in specialist training for drivers.

Mercedes-Benz, which boasts 80 years of expertise in producing high-security cars, offer a similar set of assurances for their E-Guard models Since Mercedes place particular emphasis on the fact that their defences are practically invisible, and that you probably wouldn’t notice the difference from a standard model, they have also backed up their sales pitch with a video which demonstrates that its armour holds up better than four standard car doors.

It’s an option which Joaquin Phoenix was probably wishing he had opted for, after his commanding officer ordered him to fire on his own car with an M-60 in the film Buffalo Soldiers.