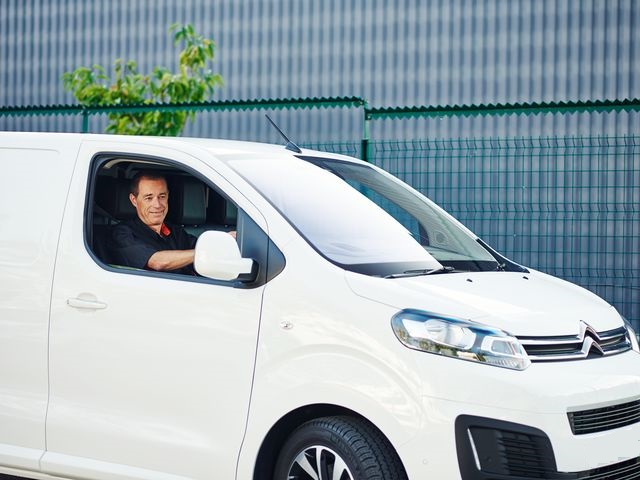 The Treasury’s consultation document spells out what the Government is proposing. Essentially, it wants to replicate the new VED system for cars that was introduced in April 2017.

New cars pay a first-year rate that depends on their carbon dioxide (CO2) emissions, and a standard rate of £140 in each subsequent year – except for zero-emission cars, which are exempt from paying VED throughout their lives. (Cars worth more than £40,000 pay an extra £310 in each of their second to sixth years.)

Vans, by contrast, currently face a single flat rate, regardless of emissions. This year, it’s £250. The only main exception is electric vans, which are exempt from VED just like electric cars. (A few older vans only have to pay £140 as they were early adopters of the Euro 4 and 5 emissions standards.)

The Government’s plan is to introduce new first-year rates for vans that depend on their CO2 emissions. The consultation document offers two possible sets of bands, but the basics are the same: the first-year rate would range from £0 for zero-emission vans to £500 for the most polluting ones.

After the first year, most vans would have to pay a standard rate set at the same level as the current flat rate (although this rate will continue to rise in line with inflation, so it would be £255 next year). There are exceptions for the greenest vans, though: hybrids with emissions below 50g CO2/km would face a discounted rate of £125, while electric vans will continue to be exempt from paying VED.

Overall, this reform would result in most drivers paying less VED in their van’s first year, but significant extra costs (up to £245) for a small number with the most polluting vans.

Changes to benefits-in-kind too?

In addition to these changes to VED, the Government is also considering changes to the way vans are taxed when they are provided as benefits-in-kind – again with the aim of encouraging drivers to choose greener vans.

The Treasury is consulting on these proposals until 20th July, and the Chancellor will announce any changes in his Budget in the autumn.

You can read the consultation document in full here, and then respond to it by emailing ETTAnswers@HMTreasury.gsi.gov.uk. Don’t miss the chance to let the Government know what you think.