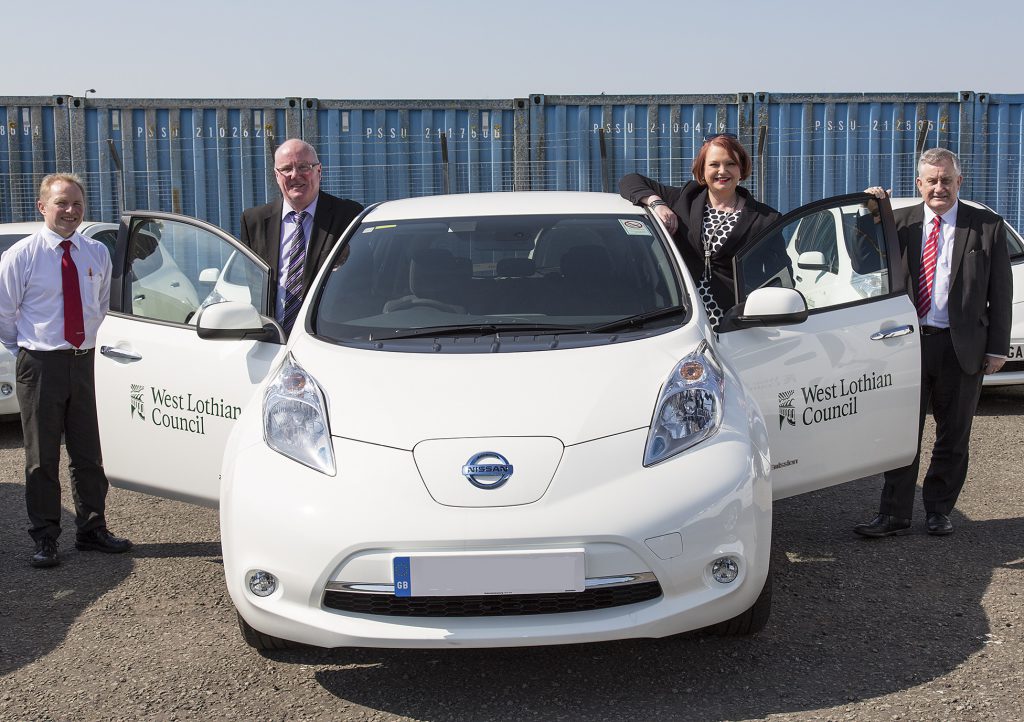 The council is committed to looking after the environment and to reducing carbon emissions and it was agreed that all electric Nissan Leaf and e-NV200 commercial vehicles would complement the existing measures which are being taken to reduce mileage, including car sharing and video conferencing.

The Nissan Leafs will be used to supplement the council’s pool vehicles at various locations throughout the region while the three vans will be used by teams in Waste Services, Building Services and Community Transport and are the first electric vans on the fleet.

“The council is committed to looking after the environment and to reducing carbon emissions and the new vehicles complement the existing measures which are being taken to reduce mileage, including car sharing and video conferencing.”

“Automotive Leasing are delighted to work in partnership with West Lothian Council and Alex F Noble & Son to deliver the electric fleet of both cars and commercials for use within the Council. Using our local Nissan dealer is vital to us as knowledge and understanding of how our customers work enables a professional, first class service which consistently meets our high expectations.”

“We’re very encouraged to see West Lothian Council investing in Nissan with the addition of seven Leaf cars and three electric vans to their fleet.

“Alex F Noble & Son has developed excellent working partnerships with numerous councils within the central belt of Scotland and in partnership with Automotive Leasing, we very much look forward to continue to be of service to West Lothian Council in the ongoing development and maintenance of their zero emission vehicle fleet.”

Judith has a keen interest in Ultra Low Emission Vehicles (ULEVs) and was recognized as Green Fleet Low Carbon Champion in 2014.

It’s all about Zoe Good news for greener motoring! South Lanarkshire Council has recently received 141 Renault Zoes from us. This is the largest…