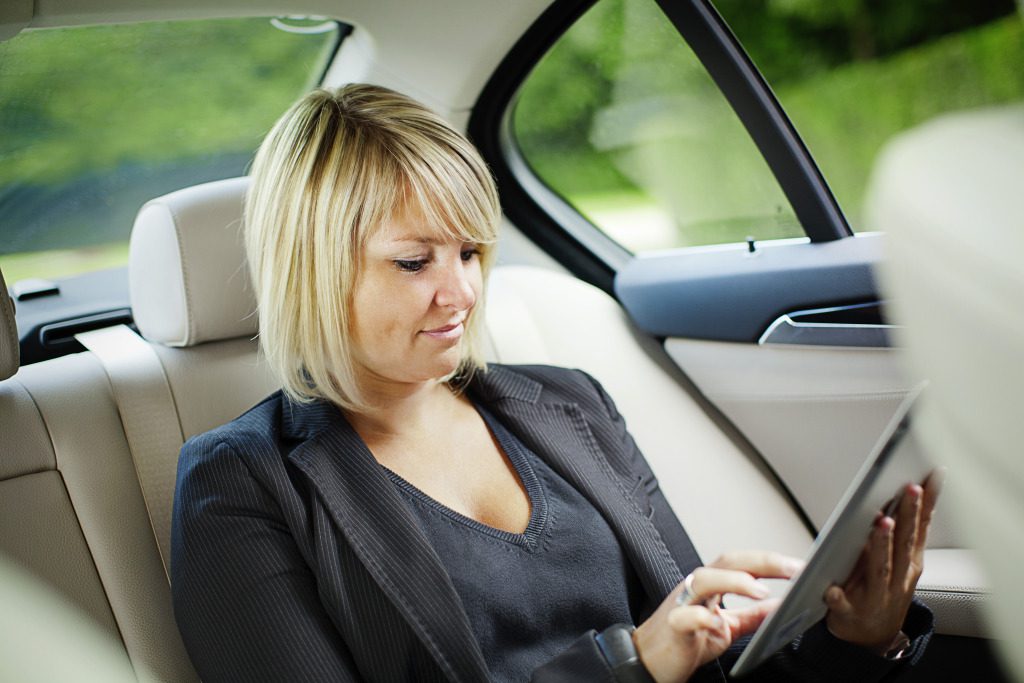 Despite the apparent consensus, not everyone thinks that self-driving cars powered by clean electricity are the future. In the Guardian, Rebecca Solnit recently argued that rather than encouraging self-driving cars, we should be ditching private vehicles altogether.

Solnit’s Guardian bio describes her as an ‘opinion writer, an historian, an activist,’ so advocacy on green issues is very much her stock-in-trade. But her conclusion, that ‘we already have beautiful solutions, well-deployed, to moving people around’ in public transport, isn’t just unrealistic or utopian – it’s based on a misunderstanding.

Before trying to explain why, I’d better mention that Ms Solnit identified and brought to a wide audience the concept of ‘mansplaining’ (though not the word itself) in her book. So, to paraphrase the fleet officer Zander before his fight with Johnny Rico in Starship Troopers, let’s be clear: Gender is not an issue here.

If not gender, though, Solnit’s article does raise interesting, and certainly plausible, points about whether private cars and public transport are related to issues around race and income in America. For demographic reasons, the former is probably less likely to apply in the UK, though the latter may well be universal.

But even if there’s something to be said for those points, the main thrust of her argument is flawed because it hinges on some odd assumptions about the difference between public and private transport, both as it is now and as it’s likely to develop.

She begins by saying she owns ‘a fleet of swift and reliable driverless cars that take me where I’m going’. This is the hoary old columnist’s trick of attempting to wrong-foot the reader before – surprise! – revealing that ‘You own them too. We call them buses, streetcars, trains, ferries.’

The first objection is the fact that you don’t own public transport, even if your taxes subsidise it, the way you can own a car. It’s shared. And it’s not just your teenager who’s borrowed it when you need to go somewhere, it’s the whole of the rest of the general population.

That leads to the second, which is that the bus, train or ferry doesn’t necessarily take you where you’re going. It takes you where it’s going.

Those two points are part of the problem with the notion that, if everyone disposed of their cars, we’d abolish gridlock, disruption or environmental impact. There would need to be an almost unimaginable expansion in public transport – in the number and capacity of vehicles, in the number of destinations and routes they served, and in the frequency they operated.

Of course, people living in cities could – perhaps they should – go further in that direction, especially if most people became as keen on bicycles as Ms Solnit says she is. It’s worth remembering, however, that not everywhere can easily become like Copenhagen or Amsterdam.

But it’s not just that you don’t own public transport in a meaningful sense because you can’t dictate where it goes, and when, and exactly what you’d like it to do (like carry large items home from Ikea, for example).

Nor, for the most part, is public transport actually owned or operated by local or central government. True, the state or local authority may hand out franchises, and to some extent determine routes, timings and fares. But they have also traditionally done that for private taxis (which Ms Solnit thinks are almost as bad as cars).

Renationalising railways in particular is a popular cause with many, of course. The real heyday of the railways, though, was in a world before most people had cars and the demand was there for more routes and more frequent services – and railways were then built and run by private companies, precisely because the customer base was big enough to make it profitable. The nationalised period was actually a blip.

But whatever the pros and cons of that argument, both public and private operators have to balance the costs and likely demand. Whether they do it with an eye to what the market will bear, or to what the voters want and are prepared to pay for through taxes, doesn’t really have anything to do with the provision of the service itself.

The growth of private shuttles, Uber and similar services in California, to which the Guardian article objects so vehemently, doesn’t tell us anything except that there is a demand for those private services.

Ms Solnit would obviously prefer them to be public services, which is her prerogative. Part of her argument, that private transport (rather like private healthcare or education) fundamentally undermines the cost-effectiveness and provision of public services, is a familiar one. You may find it convincing, or not.

But what it is about is the desirability of public transport because it is public. Whether that’s right or wrong has nothing to do with whether there would be a demand for those kinds of routes and services. It tells us nothing about total volume of traffic, environmental impact or any of the other things she seems to think it illustrates.

She estimates, for example, that Uber has added 11,000 vehicles to the streets of San Francisco. What that doesn’t show (since San Francisco is expanding ferociously, housing costs are rising to London levels, and more people are commuting from further afield) is how many vehicles would have been added anyway. Or how people have decided that Lyft, Uber and other services mean they don’t need to own a car after all. Or how many journeys have been eliminated, or how many that would have been made anyway have effectively become paid-for lift-shares.

She thinks the tech firms who run shuttle buses for their employees should instead have used their muscle to lobby for better public transport. On the one hand, that might be good for transport provision for other citizens. On the other, the ordinary taxpayer would be subsidising the likes of Apple and Google. (The same argument, with the same advantages and disadvantages, applies to subsidising London-based corporations indirectly through public money for commuter rail lines.)

As for Tesla and other electric or hybrid vehicles, the colossal contribution such vehicles have made towards advancing clean technologies (privately developed) and reducing the environmental, health and climate impact of emissions isn’t worth considering because, well, because it’s outweighed by the wickedness of their being designed for private ownership.

So far, this is just the familiar debate between public and private provision as a point of honour and ideology, rather than practicality, even if we thought we’d finished having that absolutist version of the argument 30 years ago.

Where Ms Solnit’s case falls down completely is over self-driving cars. She doesn’t see them as a game-changer because they are still private cars, even if they’re greener and smaller, and there are ‘too many vehicles’.

The fact that they don’t crash may reduce accidents, she reluctantly concedes, but we could get the same result, better and cheaper, by simply not driving. Well, yes, but I’m not sure that most people will feel that’s quite the killer argument she clearly thinks it is. Besides, many of us have had accidents on our bikes, or walking.

Then there is this breathtakingly airy dismissal:

‘If we use them like taxis or a car-sharing program rather than own vehicles individually, it’s true that less parking will be required. But even these private one-person or one-party vehicles must stop at some point and park. And they don’t solve the problems of emissions or gridlock, because no matter how magical your navigational software, too many cars is too many cars.’

It’s hard to know where to start with this, except to point out that it misses almost all the ways in which autonomous vehicles might well be utterly transformative. (Though, of course, nothing about the future is guaranteed.)

Their ability to go off and park by themselves is not just a gimmick; though it may look like that now, while people are still used to thinking of individual car-ownership in a conventional fashion. Autonomous cars, if shared, will probably not ‘stop at some point and park’ – or at least only in the way that buses do, to get refuelled or to get serviced, or when there is no demand for them. And they won’t need giant train stations and sidings or bus depots to do that. They will probably head off to pick up their next passenger, summoned by an app.

The point about emissions and gridlock is even more puzzling, since they won’t produce emissions. The point about online navigation systems is that they are able, as no other system (certainly not public transport) can, to assess all the traffic conditions – possibly including all other vehicles – and choose the optimal course.

Might even that optimal – mathematically guaranteed to be the best-possible – route still sometimes leave us in gridlock, though? Remember: ‘too many cars is too many cars’. Almost certainly not.

Given the amount of time most people’s cars are not in use, it is impossible to think of any more efficient way of ensuring an enormous reduction in the number of cars than shared self-driving vehicles.

If, as seems likely, ‘magical navigation software’ and clean autonomous vehicles make this way of using cars the norm, there is nothing more likely to happen (apart from the road traffic accident and pollution becoming things of the past) than the end of ‘too many cars’. On this model, the algorithms would, indeed could only, provide exactly the right number of cars.

They will, in other words, be much less like taxis or a car-sharing program than they will be like public transport, except that it will be public transport which actually involves going exactly where the customer wants at the time she wants; and with genuinely shared ownership leading to a public good in a way that the number 24 bus or the 9.13 from Didcot can’t – and never could.