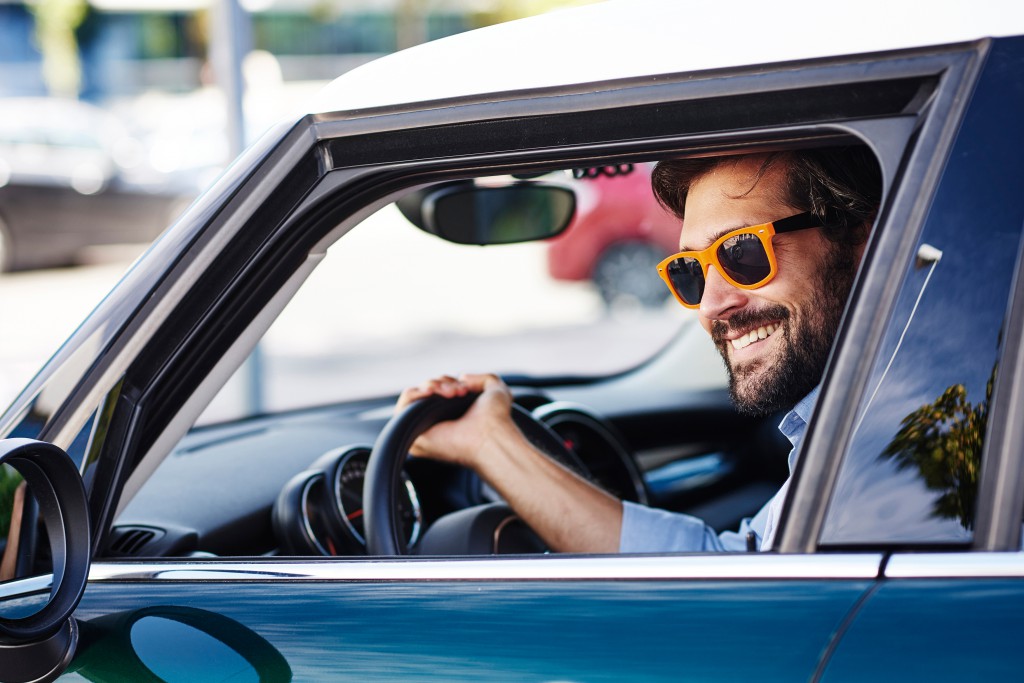 While looking for an in-car mobile phone holder recently – an endless task since none of them ever seem to really work – I came across something that, for the first time in years, threatened to actually make that little, forgotten slot in the middle of your dashboard useful.

It was a holder that, instead of sticking, intermittently, to your windscreen, cunningly inserts itself into your CD player. Assuming, of course, that cobwebs, dust, uneaten crisps and total disinterest haven’t already sealed it up.

Who can be bothered to find a CD and load it into their CD player these digital days? Who has the time or the energy? Worse, when you’ve finished listening to The Best of Steps and have no more need for it, you have to reach over and press eject and put the bloody CD away. Or throw it into the passenger foot-well.

MP3s, USBs and bluetoothing have put paid to all that faffing. What’s the point of having every single track in the world that you’ve ever slightly liked on your phone if you can’t instantly summon it, either with a supercilious flick of your fingers or a barked voice command?

Even car makers, who tend to be rather conservative and slow to adapt, have begun to notice how few drivers are using those slots. Only a third of cars worldwide are predicted to have a CD player in 2019. Many car models launched in the last few months have either offered the CD player as an optional extra – or, in the case of the Citroen C4, the Skoda Yeti, the Vauhall Astra and several Hyundai models, have abandoned it altogether. CD player sales in cars are expected to fall by 80 per cent in the US by 2021 – finally catching up with the plummeting sales of CDs themselves.

Likewise, more and more aftermarket stereo head units have begun to appear without that slot. The car CD player is on its final track.

It wasn’t always this way. In-car CD players used to be the very height of sophistication and desirability. When the first factory-fitted CD player was debuted in a Mercedes Benz in 1985 it seemed like the acme of modernity and luxury. Never mind that early car CD players tended to jump more than a box of frogs on a hotplate as a result of road vibration. Or that ambient car rumble and roar meant that you couldn’t really appreciate the hi-fidelity of CD. (Ironically, it’s only really now that cars are nearly quiet enough to appreciate CD quality – just as we’ve all junked them for tinny compressed file formats: quantity over quality.)

Until the arrival of the in-car CD player, the compact cassette deck ruled supreme. In fact, up until 2010 they were still part of the standard fit of one car: the Lexus SC430. Introduced in 1964 by Phillips, who also brought us the CD player, the compact cassette found its way into cars in the early 1970s, inaugurating an era of C90 mixtape drive tunes.

A 40-year innings isn’t bad going, and is rather better than CD players will probably manage. Perhaps it was those two little wheels in the middle, but compact cassettes and cars seemed to have been made for one another. Despite the horrors of de-snagging an unspooled cassette from the innards of your tape deck at 70mph.

Besides, cassettes were utter perfection compared to the crappiness of the eight-track tape players that had preceded them, and which continued to be pushed by US car manufacturers such as Ford in the 1970s. Introduced in the mid-1960s, eight-tracks were a bit cheaper than compact cassette players, but much, much worse. If Fisher Price had made a tape player it would have looked like an eight-track, but would probably have sounded better.

There was however a worse ‘music on demand’ car entertainment system than eight-track. This was Motorola’s ‘Highway Hi-Fi’ in-dash turntable that played 7-inch 45-rpm singles. Introduced in 1956, they jumped around and ruined records until being withdrawn in 1958. If eight-track was Fisher Price, this was Looney Tunes.

But then, Motorola (the name derived from ‘motor’ and ‘victrola’) had introduced the first commercially successful in-car radio in 1930 – and, of course, radios are the most successful form of in-car entertainment of all time. Costing an eye-popping quarter of the price of a new car, Motorola’s first effort, the 5T71, was still much cheaper and practical than one introduced by Chevrolet in 1922 – with an antenna that covered the car’s entire roof. What’s more, because ignition noise suppression wasn’t invented until 1927 you could only listen to Chevrolet’s monstrosity with the engine off.

Motorola’s radios quickly became the standard, and mass production, and the arrival of transistors in the 1950s helped dramatically reduce the size and cost. By 1963 over 60 per cent of cars were fitted with radios – and in the US over a third of radio-listening happened in the car. This was the highpoint of the AM era. (FM was introduced in 1952 by Blaukpunt, but didn’t become common until the 1970s.) The simple unalloyed crackle and wow, and flutter of which some of us might feel slightly nostalgic for now, with all our frantic bluetoothing.

For their part, Motorola diversified into semi-conductors and in the 1990s and early Noughties went on to great success with the very thing that is now wreaking such havoc on car stereos: mobile phones. But it’s a fickle market: Motorola lost billions in the late Noughties and the brand was bought by Chinese electronics giant Lenovo. Who recently decided to drop the Motorola brand from their products.

The great and mighty Motorola have been deleted before even car CD players.

But a vast new fortune and empire is awaiting anyone who can come up with a mobile phone holder that actually works.