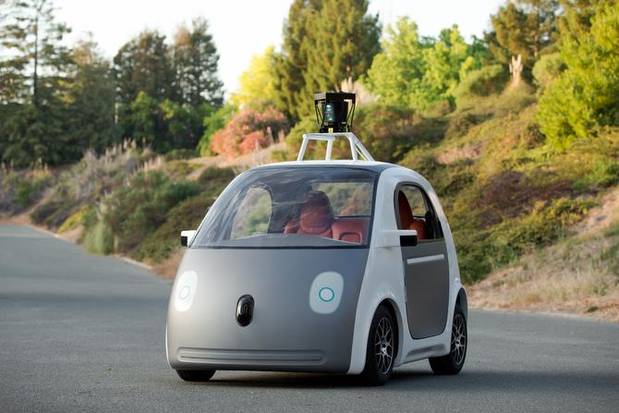 Google hope to transform driving with their new fully automated, electric car. The prototypes undergoing testing now may look like extras from a cutesy Japanese cartoon but this concept car has the potential to alter everything we think we know about motoring.

Imagine a world without vehicle emissions and without traffic accidents. Think what the streets would be like if not choked with the fug of exhaust fumes. Think how clean those streets would be – nothing, after all, competes with the exhaust pipe of the internal combustion engine when it comes to polluting our urban spaces. And imagine if the threat of vehicle collisions, including those involving pedestrians, cyclists or animals, was almost entirely nullified at the same time.

All this is possible. Whether it is probable is another matter, one which may meet with more complex obstacles than the technology alone. The prototypes are here, but then the automobile industry has a long history of producing and then abandoning intriguing concept cars.

As we see the end of oil on the horizon, the electric car is finally gaining the respect it has long been due. The concept has been around for far longer than you might imagine: the first electric vehicle was produced in 1894 by Thomas Parker, who was also behind the electrification of the London Underground. Battery driven cars enjoyed some degree of popularity in the early days of motoring but eventually fell victim to the greater range and flexibility offered by the fossil fuel powered internal combustion engine.

Nevertheless, designers continued to play with the electric idea, producing concept cars that, while they may never have ruled the roads, certainly contributed to motoring evolution. The French designer Paul Arzens produced a car in 1942 that could be seen as the granddaddy of the Google car. Not autonomous, admittedly, but electric, L’Oeuf Electrique may well be the cutest car ever designed. A two seater with a little round body made of gleaming aluminium and plexiglass, it had tiny wheels and enormous character. A 100km range however (less with a passenger) meant it could never truly compete with the petrol engine and it never took to the market.

If L’Oeuf represents the cuddly side of the concept car, the Ford Nucleon reeks of something altogether rather more alarming. This one off, built in 1958, came with the unnerving boast of being driven entirely by nuclear power. A remarkable looking beast, with a wild, shark finned design straight out of Dan Dare, the Nucleon was designed to house a small nuclear reactor in the rear. While the radioactive core could, it was thought, produce enough energy to take the car some 5000 miles between charges, there were obvious drawbacks to the concept and it never made it beyond the prototype.

While nobody regrets that the nuclear car never took off, the concept is where it begins for all the technology we do appreciate. The prototype gives designers the opportunity to trial both ambitious aesthetics and forward thinking technology. Ford are currently trialing a solar powered car, the C-Max Solar Energi. Although at the moment it will run a mere 21 miles on the power gleaned from a charge in the sun, it is too early to say whether the idea will go the way of the Nucleon or not.

The car of the future may be solar powered, it may be automated, and it may even be printed. 3D printing technology, currently enjoying a great upsurge in interest and potential, took to the stage at this year’s Geneva Motor Show in the form of a prototype printed monocoque. Edag Genesis is a 3D printing technique that may lead to printed components within two years, and entire functional structural shells by the middle of the century, if not sooner. This technology has the capability to make motor production both cleaner and cheaper as well as offering the possibility of easily customized parts.

The concept cars of the past were about supercharged looks or enhanced performance. The ambitious concepts now are those that seek to alter almost every single thing we take for granted about cars. Tomorrow’s car may not need fossil fuels, may not need steel or aluminium or fiberglass; it may not even need a driver. We could just be entering the most innovative and thrilling developmental period since the birth of the motor car.

L’Oeuf Electrique and a selection of other classic concept cars can be seen and admired in the current ‘Dream Cars’ exhibition at the High Museum of Art in Atlanta which runs until 7th September.