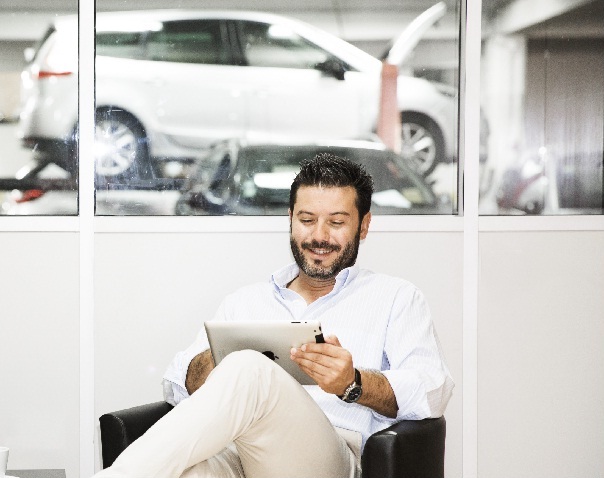 The big question is: do they want to make one, and would it actually be a car or something entirely new?

There have been fairly credible reports this week that Apple is working on a secret project to design a car. They seem credible because the Wall Street Journal seems to have spoken to an insider who claims that several hundred of the computing giant’s employees are working on “Project Titan”. And on Thursday it emerged that the company is being sued for poaching engineers with expertise in automotive and battery design.

They also seem credible because, despite the subhead on The Daily Telegraph’s report, this is not “a revelation that will send shockwaves through the market”.

Quite the opposite, in fact: it’s something about which there has been a good deal of speculation since Google, Apple’s most impressive rivals in the technology field, began developing their autonomous vehicle. There were even, at one point, rumours that Apple was keen to buy Tesla, the electric car manufacturers.

As this blog reported almost a year ago, Apple has long been interested in adapting its iOS software for cars, and teamed up with Ferrari for its CarPlay system, which offered maps, messages and music through either touch or (using the Siri technology from the iPhone) voice controls.

Apple also, you may remember, launched its own interactive maps to rival Google’s version – and despite the derision which greeted the error-riddledfirst version in 2012, it proved a canny move. After sorting out its teething problems, it cost Google the custom of 23 million iPhone users in the US in its first year.

Another point worth bearing in mind is that Apple’s second-most powerful, and many think its most important, employee, the British designer Sir Jonathan Ive, is a well-known car enthusiast, who visits the Goodwood Festival of Speed every year (His own motor is a Bentley). Jony Ive’s notorious perfectionism and readiness to reimagine every product from first principles also make it likely that if Apple is working on a vehicle, then it will probably be not only prepared, but actively keen, to ignore all the conventional norms and received wisdom in the existing automotive sector.

On cost grounds alone, that would be a non-starter for almost any other company. And few firms would have the daring, the innovation, the technical expertise or the kind of skills in their workforce even to consider reinventing motoring.

But this is Apple we’re talking about – a company which has a track record of turning out completely new versions of established products, from computers to music players to mobile phones, and of reimagining whole retail sectors (as with iTunes). Oh, and it has about £120 billion in ready cash in its savings account. That doesn’t just compare with the total net worth of entire countries, it would put probably put it in the top 50 richest list. If Apple really wants to build a car, it probably will.

Many observers imagine that means an autonomous vehicle using an alternative fuel, but on Apple’s previous form, it would be risky to make any assumptions at all. Except, perhaps, that the final result (again, if, and it’s a big if, the company does choose to go ahead) will probably look pretty terrific. And, as this piece argues, almost certainly won’t resemble Ford’s 1999 concept car, the 021C, even if its designer – and Ive’s great friend – Marc Newson, now works for Apple.

We also shouldn’t be fooled by categories. Apple is not a computer company, and has not been for some years. It was, and may still be, an extraordinarily innovative firm which specialised in radical design, some of which appears in computers and tablets, but which also deals in a host of other products and services.

The big question is not whether Apple could make a car, but whether it will really think it worth their while. Its enormous resources mean that it could spend billions working on “Project Titan” – whatever that turns out to be – and still decide not to proceed.

But it’s not just Google which has shown that technology and vehicle design are moving closer together; almost all the traditional motor manufacturers have had completely to revise their preconceptions about what a car is, and how it will be used in the future. And the future, to adapt an old advertising slogan, could well not be Orange, but Apple.